skip to main | skip to sidebar

Hello everyone,
We hope the cold weather has not kept you down and that you are feeling well with the three layers of clothing you probably have on. Things are going wonderful and warm in Peru, and sorry we have not gotten back to you for so long. We started our journey off with some friends in Lima for a week and spent a majority of the time on the beach getting sunburned and in the bars listening to 80´s music. We also scheduled a show while we were there for the 26th of February when we return to Lima and were promised an article about us and our show in the Peruvian newspaper-magazine Somos!

After Lima, we headed for Cusco, a more rural area with less traffic and less KFC´s. We´ve been staying with an 84 year old grandma Alicia, who is a long time friend of the wonderful Tom Turino. We started our time off in Cusco with a big festival in the city we are staying in and it has been a couple weeks of partying and playing music until 5 in the morning in plazas. We were able to land two shows in a very nice local bar called Ukukus, and our first show there was fantastic! We sold cds and got paid!

The day after the show we decided to go to an even more rural town than Cusco called Ollantaytambo and unfortunately, I, James, was sick the entire time while we were there, but it was the most welcoming and beautiful place we have been to so far. Our hotel had a roof to sit on where you could watch the mountains that surround from every angle, and it was the perfect environment to kick back and play music and drink some wine with friends, so we wish you all could have been there with us enjoying it. Kate and I had some muña tea, a local remedy, to help my stomach at one of the places in Ollantaytambo and it was an experience all to itself.

The next day of our trip after Ollan, we headed to Aguas Calientes by train, the town below the Machu Piccu ruins, and ended there at about eleven in the morning, and from there we got our first hotel with a television and laid down for a bit to get over the trainride and to pack up some energy. I was slowly feeling better so we just spent the rest of the day scoping out the city and finding the cheapest place to eat, which was not easy because every place seemed to have the same menu with the same prices. We finished the night watching O Brother Where Art Thou in English with Castillano subtitles.

We woke up early the next morning feeling fresh, so we decided to go on an hour hike towards the local waterfall we had heard about. After our hike along the railroad tracks, we got there only to pay 20 soles, $7, to get in and to walk another twenty minutes. And when we got to the waterfall, it was well worth it with Kate and I being the only ones there to enjoy.

The next morning was our trip to Machu Piccu, and it was one of the most breathtaking places anyone will ever be able to see in their entire lives. Probably because there are no words that can describe to a person how a culture so long ago could build such an imaginative, precise place that is still very much alive. To think the Incas built it with only geometry, rocks, and their bare hands is mindwarping! Every part that we visited had so much purpose that it was hard to believe that they would leave after spending one hundred years building it.

The next day we returned to Cusco and here we are! We have two shows coming up this Saturday. The first we´ll be playing Andean Folklore at the Teatro Municipal del Cusco, in front of 500 people. Two hours later, we´ll be playing at a small cafe/bar called La Oveja Negra, which attracts mainly young Peruvians, much less touristy than our other shows so far.

Our eyes have been worn by all the monuments we´ve seen, but I think we are ready to keep going where the road takes us. We have made several friends along the way and feel very lucky about all the events that have happened thus far. We miss you, and will see you too soon.
xx, hathaways.
Posted by Websites at 8:17 PM 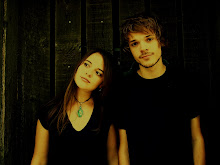